The Walmart Food Drive has inspired generalized outrage around the country about minimum wage. The story is this: in a Walmart in Ohio, food bins were set up by some employees to collect cans for other employees who are unable to afford Thanksgiving food.

This is a problem, because Walmart is one of the richest corporations in the world, yet continuing to pay employees just as little as possible. So little, in fact, that Walmart is one of the biggest beneficiaries of food stamps in America. Not to mention the Waltons have been notoriously stingy, barely giving a penny to charity until a few decades ago.

Now, they mostly use their philanthropy to buy gifts to bribe towns into generous public subsidies and avoid taxes. And they’re about the second-largest corporate donor to the GOP.

But guess what? They still employ more Americans than anyone else. Especially more than Amazon, which is probably the company’s biggest competition at this point.

END_OF_DOCUMENT_TOKEN_TO_BE_REPLACED

It’s always interesting when you see awareness in all its forms. This is under a bridge in the Seaport of Boston. Knowing full well that it’s impossible to describe 2013’s “Most Evil Corporation in the World,” the artist just advises people to look it up.

Oh, and Wikileaks is thrown in there for good measure. We jail whistleblowers. Obama has jailed more whistleblowers than any other president before him, despite promises to end the war on whistleblowers. Granted, it’s hard to know when to assign blame to him instead of the 1.4 million personnel employed by the Department of Defense. 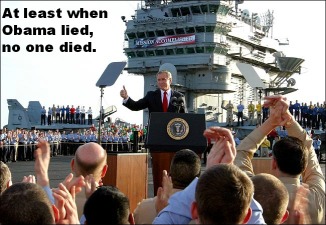 Last week, the jobs report was kinda bad. Only 162,000 jobs were created and the estimates for the other months before that were revised. You know, because there were less jobs “created” than estimated.

Stuff gets really grim when you look at  young adult and teen employment. Because stuff sucks.

Gallup recently showed that LESS THAN HALF – 43% – of young adults age 18 – 34 are in a full-time employment position. Which also means that they probably don’t have benefits.

Meanwhile, a PBS report dramatically forecasts a potential “Arab Spring” because so many teenagers, age 16-19, are unemployed. Almost HALF of the jobs available to teenagers in the 1990s are gone.

You know all those summer jobs you may once have seen in a movie? Before Grandpa was working as a cashier, before the grocery store replaced all the cashiers with robots?

Well, teens can’t get those jobs. So they don’t work. Who’s the culprit? It begins with “tech” and ends with “nology.”