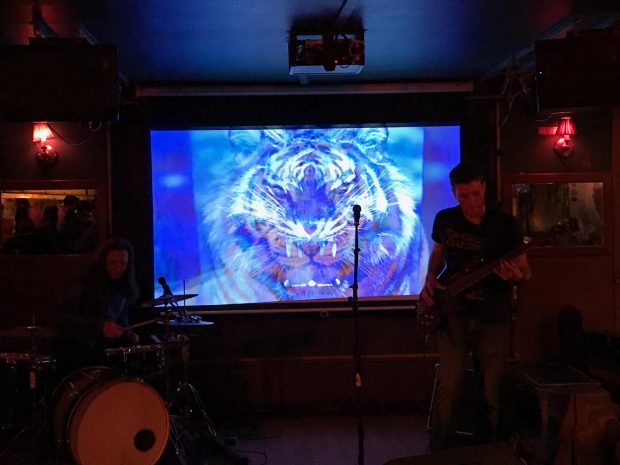 Blaise got interviewed on BreakThru Radio (BTR Today) about everything Job Creators! It was a lot of fun and there’s plenty of pretentious quotes, like:

“I think we see that with Trump right now, because media became Twitter and media reported on Twitter and it was twitterization of the whole country. That was damaging, and when people become saturated with anything it confuses them, fragments them and people fall into these refracted realities”

Speaking of “Systems Online,” here’s a picture of Tim in the studio. We recorded the rough cuts of the tracks and we’re hoping to get them mastered early next year. Q1, as they say. Until then! 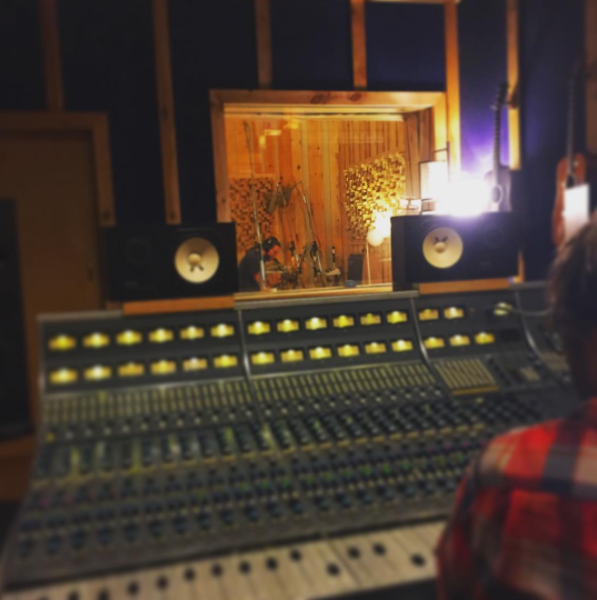